Wait. There was a chance she could’ve actually died…? Which scene was this and how close was it?

LOS ANGELES - FEB 12: Eden Cupid at the "The Umbrella Academy" Premiere at the ArcLight Hollywood on February 12, 2019 in Los Angeles, CA — Photo by Jean_Nelson

So, what exactly went down? Humourously enough, it coincided with the time where her character, Allison Hargreeves, also thought she was going to die.

Wait, what? Which scene was this?

Well, it was none other than the heart-wrenching ending scene where the dysfunctional siblings were all clutching each others’ hands as Number Five attempted to teleport them (hopefully safely) back in time before the Apocalypse.

What actually happened behind the scenes?

In reality, the wind from the ‘vortex’ was created courtesy of the gigantic fans placed above the young actors and the insane strength of it had made Eden convinced that she was going to be blown away.

“I thought I was going to blow away!”

Her only hope was her death grip on fellow co-stars’ hands, Aidan Gallagher AKA Number Five and T.J. McGibbon AKA Young Vanya. Throughout the entire scene, Eden was completely preoccupied with her thoughts, thinking that she’d be grateful if she could just make it out alive!

Those must have been some terrifyingly strong industrial fans!

But phew, we’re glad she did make it out. And we’re pretty sure Aidan and T.J. felt the same way, too. Anyone else up to rewatching the scene after knowing this little tidbit?

Now with the heavy stuff is out of the way, how about some light-hearted questions?:

What was Eden's favourite time in a filming day?

Er, lunch, of course! According to Eden, that’s when she could actually see her fellow co-stars and spend some quality time together. She explains that although they were on set together, they weren’t always filming in the same scene.

But we’re sure they made up for the lost time when they met up at lunch!

What were Eden’s favourite moments on set?

It was definitely the late night shoots! Eden describes one shoot at three in the morning where they were all on a llama farm. Yes, that’s right. A llama farm.

Can anyone guess what scene that might’ve been for?

Anyway, Eden said it was so much fun even though she was exhausted. Why? Because it was awesome that she was shooting during a time where people would normally be sleeping.

We totally get you.

“All hyped up on sugar because how else were we supposed to stay awake?”

Now, what about those signature masks the Umbrella Academy siblings wore?

Apparently it was ridiculously difficult to see through the mask. How difficult you say? Well, the young actors needed two people to hold onto them and lead the way. ...Can you imagine not knowing if you might walk into people? Even Eden admitted that she bumped into a number of things. Ouch.

But don’t worry too much. The makers of the masks took them back pronto, tweaked them and returned them in a blink of an eye. Lucky thing they did because we don’t think the young cast would appreciate any more bruises!

Fun fact: If Eden could play any other character from the Umbrella Academy, she would 110% play Five or Klaus. We don’t need to imagine why. Both those characters are freaking awesome. And according to Eden, they’re her absolute favourite characters.

Oh, and you’d never guess who she ships! Well, it’s none other than Bante, AKA the actors Blake Talabis (Young Diego) and Dante Albidone (Young Klaus).

“I’m your Bante content provider. Whenever I’m with them, I make sure to get all the good content.”

Eden reveals she has videos of them up her sleeves and she’ll post it soon since she’s definitely well aware of how much the fans love Bante. Awwww!

And it looks like Blake and Dante are good sports about it! Check out this cute video of them actually playing up to the Bante ship. After watching the video, we’re pretty much converted.

Although there’s no word yet about whether the young cast will be on Season 2, we know all the fans are vying for it. We know we definitely are!

But in the meantime, who else is trying to figure out where the llama scene is?

Read More: OMG! Does Aidan Gallagher Hint at a Crush in His New Song 'FOR YOU'? 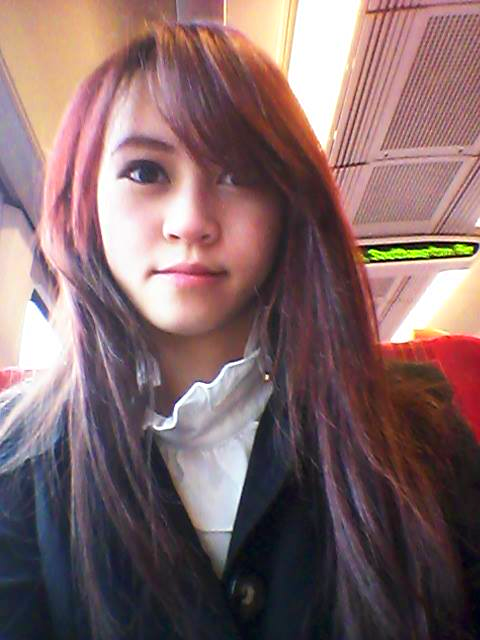